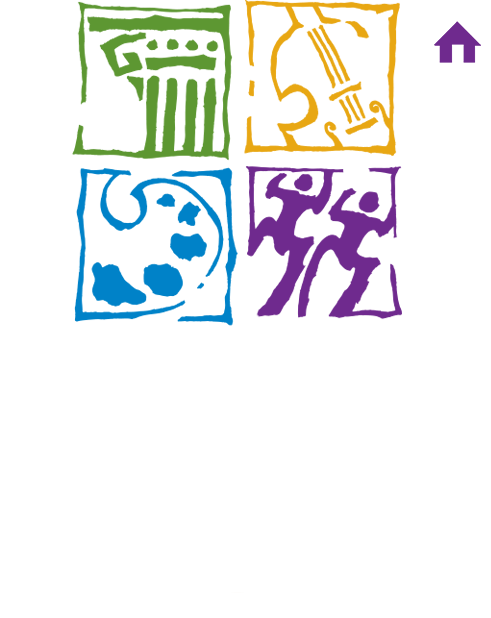 The two visual art areas of the Tennessee Arts Academy explores art from the perspective of production, history, criticism, and aesthetics.  Instructors, whose work has influenced current educational practice and theory, come from around the country to provide stimulating and practical instruction. In addition to the visual art sessions, all participants attend performances, musings, special events and other activities, with plenty of time built in for networking and reflection.

Participants will attend each workshop listed below for two consecutive days and a summary workshop for both sessions on Friday morning.
The Power of Printmaking 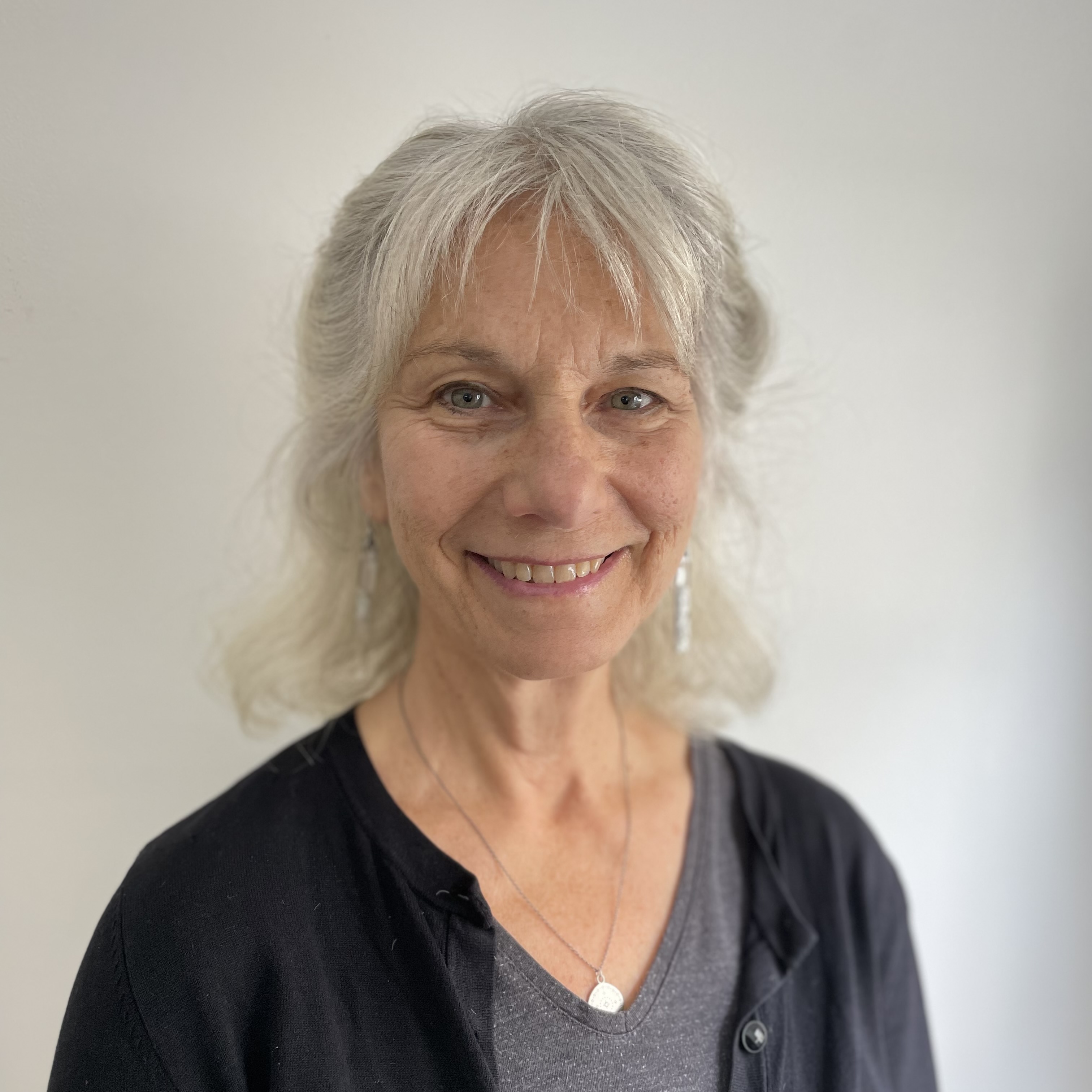 Julie Lapping Rivera began her career in New York, where she worked as a teaching artist with the Studio in a School, the Museum of Modern Art, and the Lincoln Center Institute. She was awarded a fellowship in drawing from the New York Foundation for the Arts, and has received Arts in Education grants from the New York Foundation for the Arts, the National Endowment for the Arts, and the Massachusetts Cultural Council. Art residencies include Soaring Gardens in Wyalusing, Pennsylvania, and La Muse, in La Bastide, France. She was recently awarded a 2022 Visiting Artist Residency at Scoula Internazionale di Grafica in Venice, Italy. Rivera is on the faculty of Zea Mays Printmaking in Florence, Massachusetts, and works as a visiting artist throughout the country. Her printmaking practice often includes collaboration with artists and poets, including her current work on a portrait and poetry project honoring under-recognized women in history.

Instructor:
Julie Lapping Rivera
Printmaking has a magical quality that never fails to delight students. The tools—from the brayers, barens, and ink to the carving instruments—are exciting. The unique results of the artform’s interactive and novel processes also help students take pride in their work. In this workshop, Julie Lapping Rivera will explore a series of printmaking activities to demonstrate how to teach children new skills over time. Rivera will include suggestions for materials, techniques, themes, and studio organization, that are all based on years of experience working with students. There will also be time for workshop participants to share their own best practices.
Making Collages That Tell a Story 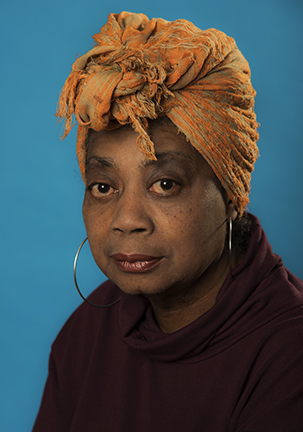 Della Wells is a self-taught artist who began drawing and painting in earnest at the age of forty-two. Her creative process uses the art of storytelling to transform personal experiences into visual work. Her work has appeared in several publications, including Black Collection by Teri Henderson and Self Taught, Outsider, and Folk Art: A Guide to American Artists, Locations, and Resources by Betty-Carol Sellen and Cynthia J. Johanson. In 2011, an award-winning play inspired by Wells’s life, Don’t Tell Me I Can’t Fly, debuted in Milwaukee. The play was commissioned by Milwaukee First Stage Children’s Theatre and written by
Y York. Since its debut, it has also been produced in Nashville, Tennessee;  Charlotte, North Carolina; and Richmond, Virginia. Wells’s dolls, cards, and collages are currently sold at the Smithsonian National African Museum of History and Culture in Washington, D.C. Her work is in more than one hundred private, corporate, and museum collections, including the Hurn Museum of Contemporary Folk Art, the Museum of Wisconsin Art, and the Wright Museum of Art.

Instructor:
Della Wells
In this workshop, artist Della Wells will share her techniques for making collages that tell stories with paper, fabric, ribbons, magazine cutouts, and other materials. This class will integrate visual storytelling into collage, and students will create two-dimensional works that convey a visual narrative as they learn how to see beyond the materials to create a story-based collage. Participants will also explore how found objects can be used to build three-dimensional collage pillow dolls that become characters from real or imagined stories.
Upper Middle/Secondary Visual Art
The upper middle/secondary theatre sessions (7 – 12) include unique sessions each year in at least three of the following areas: acting, directing, improvisation, criticism, movement, playwriting and technical theatre. Instructors from around the country provide stimulating class sessions that reflect a mix of stage and performance techniques coupled with current trends and the latest research in arts education.

Participants will attend each workshop listed below for two consecutive days and a summary workshop for both sessions on Friday morning.
Interpretive Portraiture 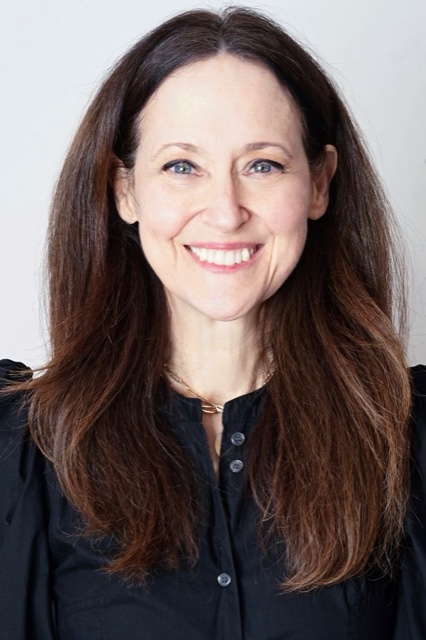 Caren Ginsberg is a California-based artist known for her raw, textural style. As a child, she experimented with color and mark-making. As an adult, she worked for Vogue magazine before becoming a full time artist. Ginsberg has always been intrigued with people, faces, features, and expressions—all so different and yet so extremely powerful. Using multiple layers of vibrant color, assertive mark-making, liberated brush strokes, and fluid rhythm, she paints portraits that are raw and expressive. In creating these visual narratives, she infuses an energy and vibrancy that she hopes will help people become more aware of those around them. For Ginsberg, art has morphed from being a task of technical skill to an expressive act that affords her the privilege of transferring her original ideas and senses onto the canvas. Ginsberg’s work reflects her experiences in the present with remembrances of the past.

Instructor:
Caren Ginsberg
This workshop is about the fundamentals of interpretive portraiture. Participants will tap into their life experience and understand how to use it to express their subjects in an original way. The workshop will provide a method for creating an intimate relationship with one’s work. It is an open approach that shows that there truly are no wrong turns, and everything is possible.
Multimedia Abstract Art for Poets and Misfits 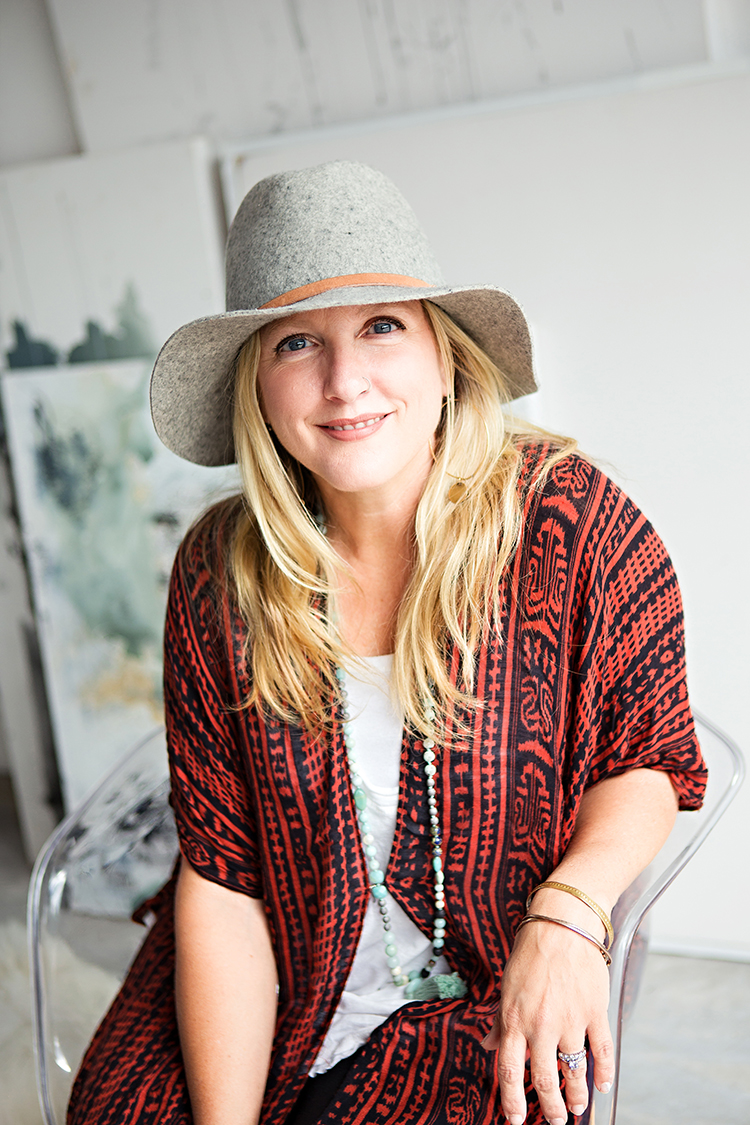 Jeanne Oliver grew up in rural Illinois and now resides in Castle Rock, Colorado, where she lives with her spouse, Kelly, and her three children. Inspired by personal narratives, travel, and nature, Oliver uses art to tell stories about her life now, as well as stories of growing up among gravel roads, cornfields, and an early life surrounded by open spaces. Through mark-making, layers, and mixed media, she hopes to convey that everyone has a unique story to tell. She regularly speaks and teaches in the United States and occasionally in England. She embraces her many loves and interests, which has afforded her a sweet mash-up of family, art, and travel. Connecting with women and sharing how people’s lives are shaped by creativity is one of her passions. When she is not in her studio, she can often be found hiking or finding an excuse to have another cup of coffee.

Instructor:
Jeanne Oliver
Led by Jeanne Oliver, participants will use a variety of media, layers, and texture to create large and small abstract works that build upon each other. Techniques and materials will include fabric dying, stitching, mark-making on vellum, newsprint, and vintage ephemera, as well as the use of wood substrates to create plaster and plexiglass pieces. By the end of the session, artworks made of plaster, stitches, layers, paint, marks, collage, and small compositions will be revealed. 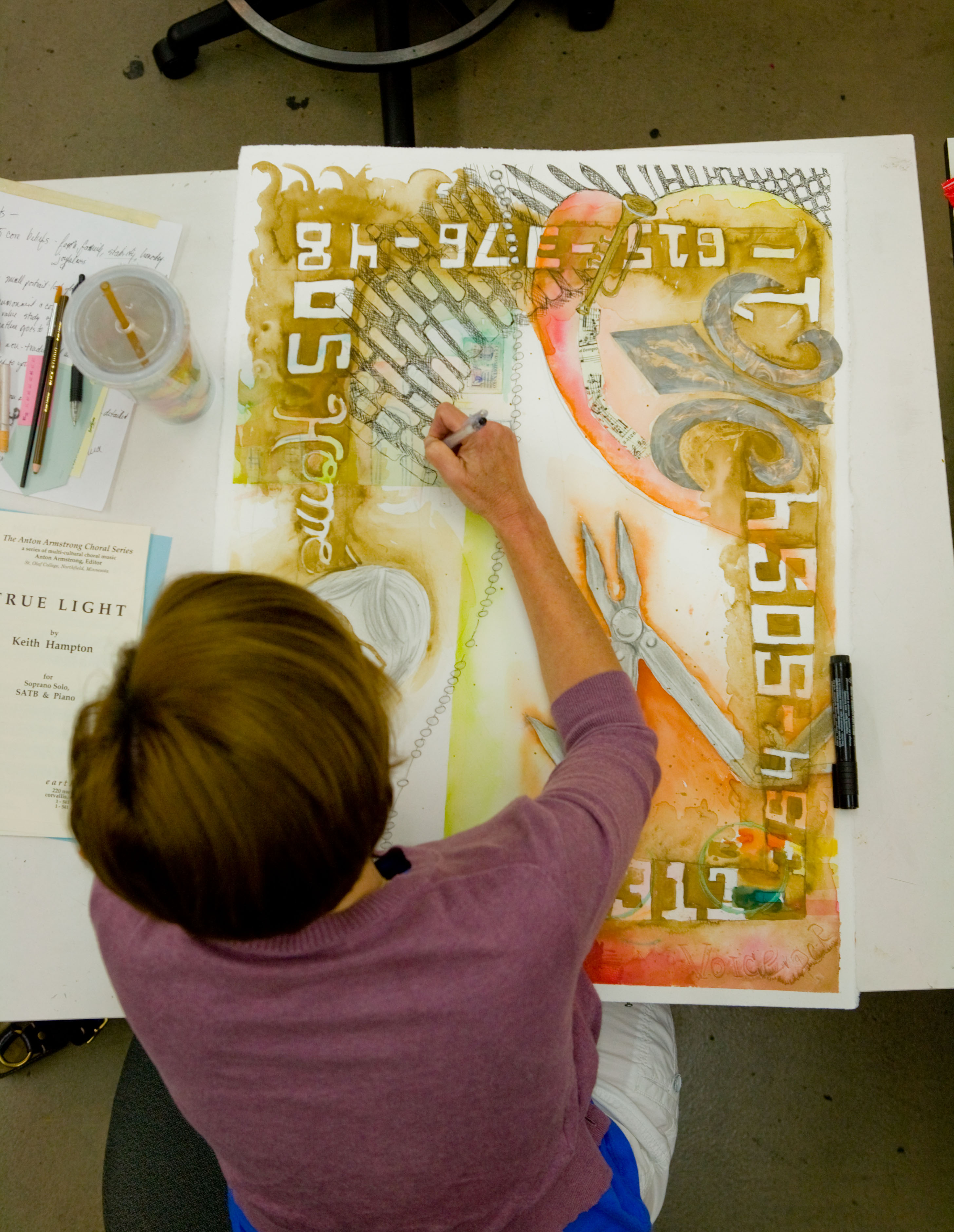 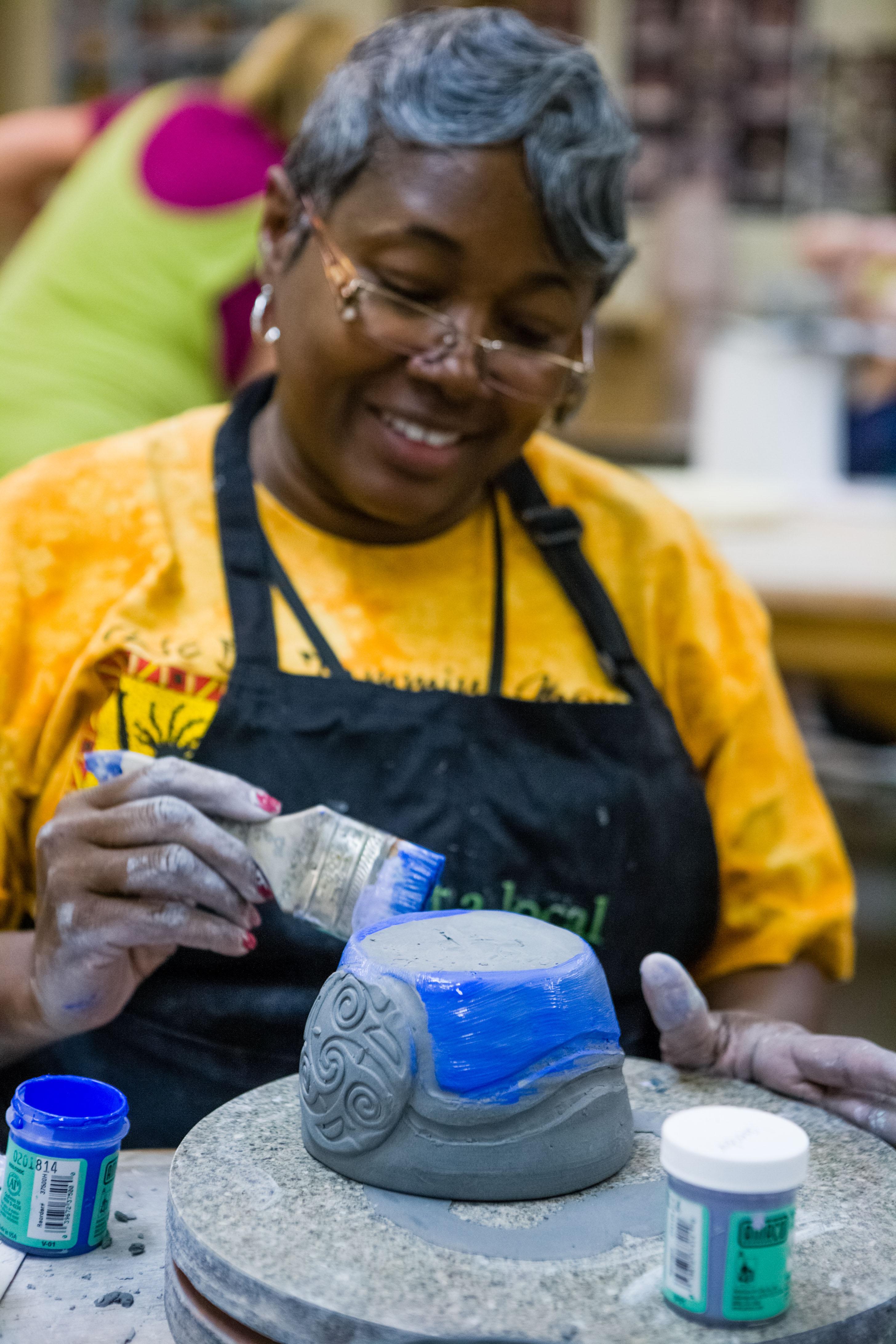 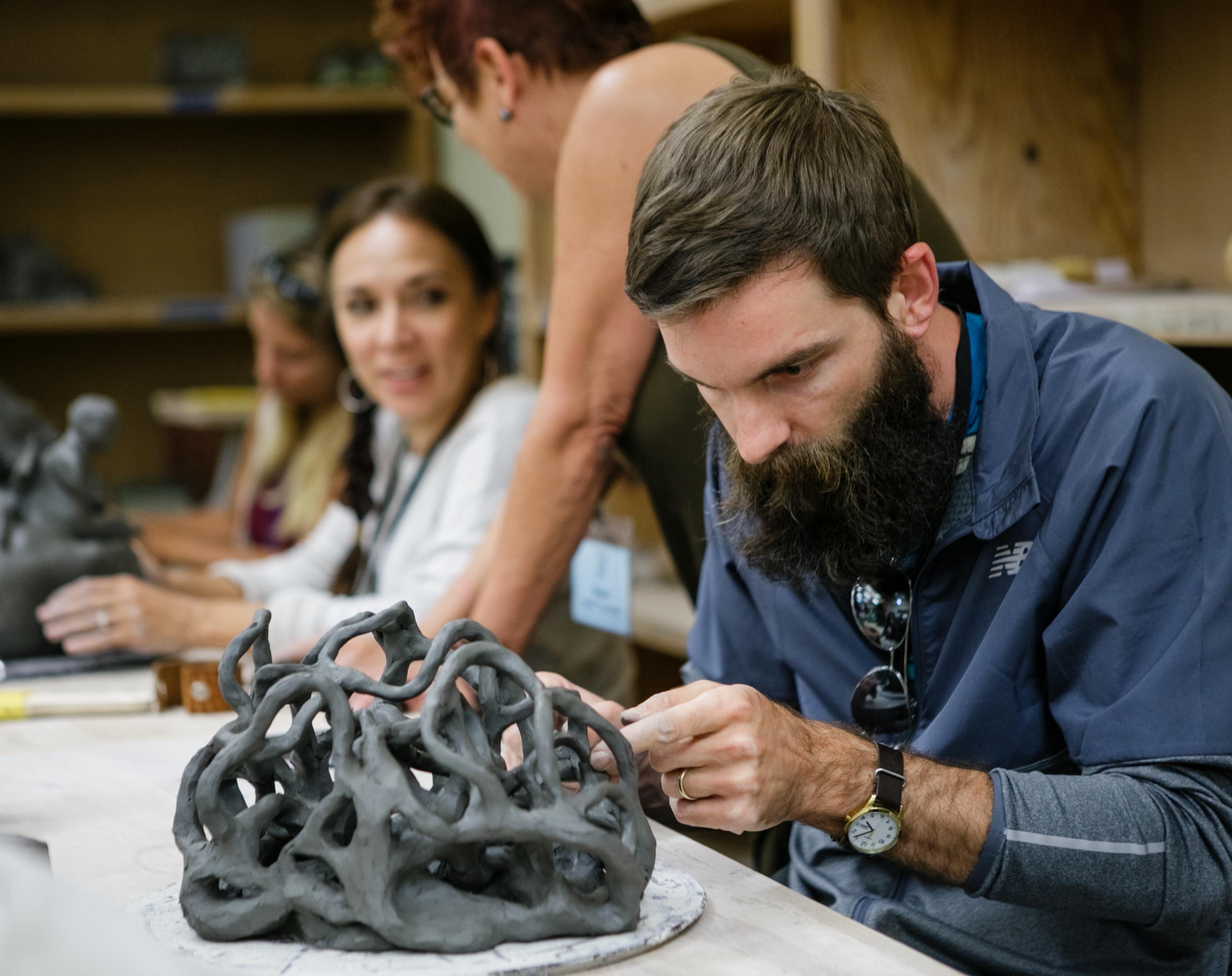